Huawei has launched many interesting gadgets in the past and their company wasn’t really recognized for being the smartphone pioneer before they started launching their phones in other countries. 2 years ago, very few people would have recognized Huawei as a smartphone brand because a huge chunk of its business outside china was based on Networking gadgets and mobile modems.

Now, Huawei is one of the Top 5 smartphone manufacturer in the world, with its spot being swapped with Xiaomi and other brands. That being said, I have always been interested in Huawei products and kind of favored it over other brands, specially when it comes to modems, routers, and new smartphones like Honor 6, honor 6 plus.

The company has been pumping out some extremely interesting gadgets lately, and Huawei Honor 4X might not be the best performer out there, but it certainly is one of the best dual Sim 4G camera smartphones. Huawei could make this phone either a little cheaper or more feature rich, as one of their competitor tells us that they can get even better hardware and still keep down the cost down.

So, what is it that it packs inside the box which should make you consider it over other competitors? Let’s figure out!

Honor 4X comes with usual bundled accessories and in-box contents, excluding the headset. Almost all the major Chinese smartphone manufacturers follow the trend to exclude the headset from the production unit, and this is the case with Honor 4X as well.

The box contents includes – Smartphone, Charger, USB to micro USB cable, user manuals and a screen protector (which is already placed on the display out of the box).

Like any other budget smartphone, Honor 4X doesn’t have a distinct look, it does fall under the average design and basic design that every other smartphone in the same range is following nowadays.

Don’t get wrong assumptions here, the smartphone does feel premium and sturdy for its range. The build quality is nice, and the phone seems durable for day to day usage. Surprisingly it feels really thin and easy to hold in hands – thanks to the curved back cover.

The display is sharp and renders very nice colors, which is pleasant to eyes. During our test, the outdoor test didn’t stress our eyes, where texts and images were easily visible and UI was visible in direct sunlight.

The auto brightness mode is little moody because sometimes it refuses to lit up the screen in the bright environment, and sometimes it’s brighter than required inside. However, It is only occasional. I am sure this is a software glitch and should be fixed soon. Switch off the auto-brightness though, and this thing can get really bright, making it very easy usable on a sunny day outdoors.

The display is crisp and Huawei’s colorful Emotion UI 3.0 really pops out well. Huawei could pack the full HD display considering their competitor Xiaomi is already doing the same with the latest release Mi4i which costs a little extra.

There are notification LED, a centrally located earpiece and 5MP front-facing the camera at the top of the display along with proximity sensor and ambient light sensor.

Below the display there are three capacitive touch buttons, of which I am not a big fan – On screen buttons are way better and save space too, but somehow Huawei decided to follow footsteps of competitor in this segment.

At the top, there is a tiny noise cancelation microphone and a 3.5mm audio jack.

On the left side, there are no ports or keys whatsoever, keeping the design clean and really favorable for flip cover users.

While, at the right side, you’ll find the power/Screen lock button and the volume rocker button.

Coming to the back, you’ll see the simplistic Honor logo, with the 13MP rear camera and flash.

At the bottom, there is an audio grill, Micro-USB port, and a tiny microphone pinhole.

The device packs some really nice hardware under the hood, which provides enough juice to run this phone smoothly. Huawei uses their home brewed processor and chipset on their flagship devices, but they decided to use third party modules on this device.

In our time with the device, we noticed that it was quite a good performer thanks the nimble skin on top of Android. Taps and swipes registered without any issues, and even heavy games like Asphalt 8 and Dead Trigger 2 loaded pretty fast. The phone does support up to 10 simultaneous touches, as you can see in our test.

That said, both Asphalt 8 and Dead Trigger 2, stuttered a bit in our testing. This was consistent with the fairly average scores we got in our graphics benchmark tests. In Nenamark2, the Honor 4X scored 52.4fps. The scores in the CPU-intensive AnTuTu, Geekbench 3 and Quadrant benchmarks were more encouraging, and we managed to score 20,433, 1,459 and 11,937 points respectively.

The phone’s Emotion UI, which is a skinned version of Android 4.4.4 (monthly updates are promised, though no word on Lollipop availability) packs neat features such as launching common apps from the lock screen using gestures and shortcut buttons, an on-screen button for quick access to common controls and more.

During extensive daily use consisting of always-on WiFi, 3G data, continuous Bluetooth connectivity to a smartwatch and using a range of web, productivity apps and gaming, the phone refused to drain even two days being unplugged (see screenshot). This is unprecedented stuff.

Its 3,000 mAH battery coupled with its power-efficient Snapdragon 410 hardware platform along with software-based optimizations (like when the phone regularly notifies you of apps that are overly power-hungry) all clearly do a spectacular job in translating into real-world endurance.

Just like other Asian phone company Android user interfaces, there is no app drawer or separate list of apps. Instead, all your widgets, folders, and apps are laid out on a collection of homescreen panels, and you can have as many of them as you’d want.

Huawei’s take on Android is pretty slick and generally good looking, with a very colourful but clean aesthetic. That Snapdragon processor allows for some smooth, neat looking transitions as you navigate around or open/close an app.

As you’d expect, there’s a bunch of built-in software features and tweaks to differentiate this from stock Android. For example, the notification dropdown sorts all your notifications in a reverse chronological timeline manner.

Apart from that, most parts of the UI can be customized thanks to the built-in themes app. There’s hundreds of themes available, but I couldn’t find a stock-Android-like theme, heh.

You can even customise the lock screen, and even set lock screen gestures to access certain apps quicker.

Lastly, multimedia is a very pleasant experience on the Honor 4X. Audio via headphones was also a pretty average experience, even with the built-in DTS feature. This is admittedly disappointing, considering other Chinese OEMs like Vivo and Meizu tend to focus a lot on audio, and Honor’s target demographic here would definitely be heavy on the music listening.

On the photo front, its 13 MP rear camera performed reasonably well across scenarios, nothing to set it apart though.

These days features like ‘beauty enhancers’ and the like are all the rage; unfortunately this phone succumbs and includes such gimmicks. I found them all but useless, but they’re great for getting a kick out of.

It also has an ‘all-focus’ mode that lets you choose the focus point in your photo after taking the shot. I found this feature worked erratically–clearly it isn’t Lytro-level image processing, but appeared to be some type of pseudo blur-applying algorithm.

The panorama and HDR modes did function as expected, and overall the camera was snappy to respond, but overall the primary camera is very middling. The secondary camera is 5MP, resulting in higher-resolution selfies, but is average so far as front cameras go. 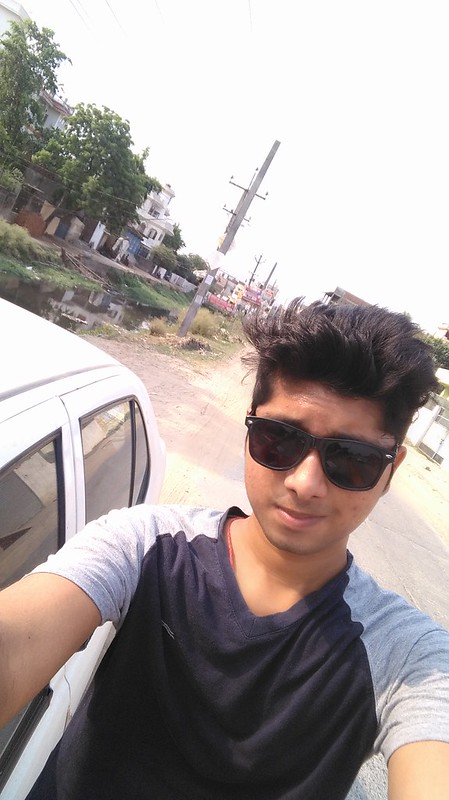 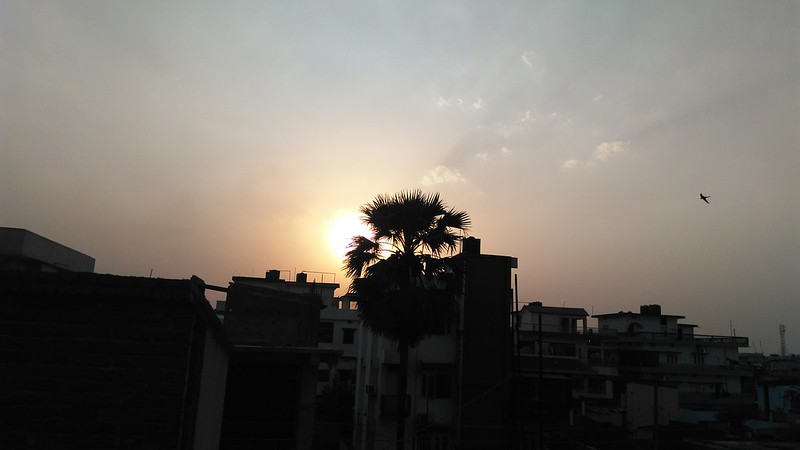 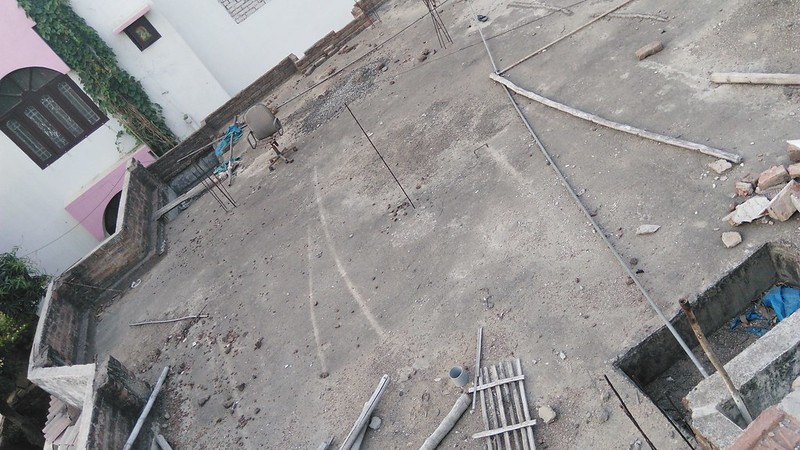 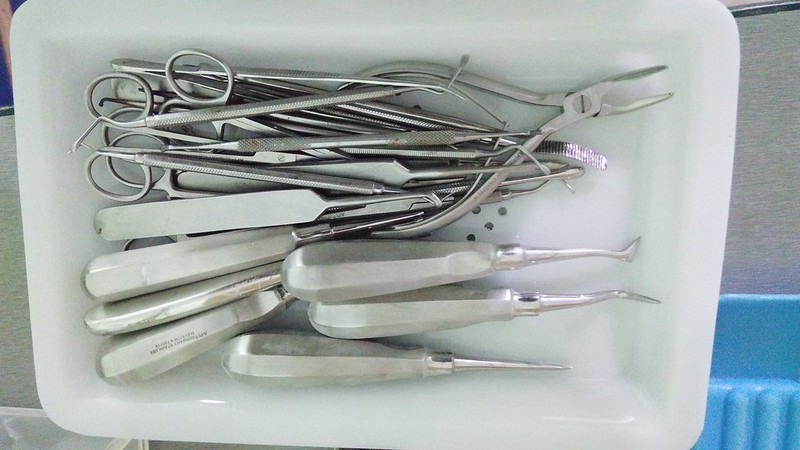 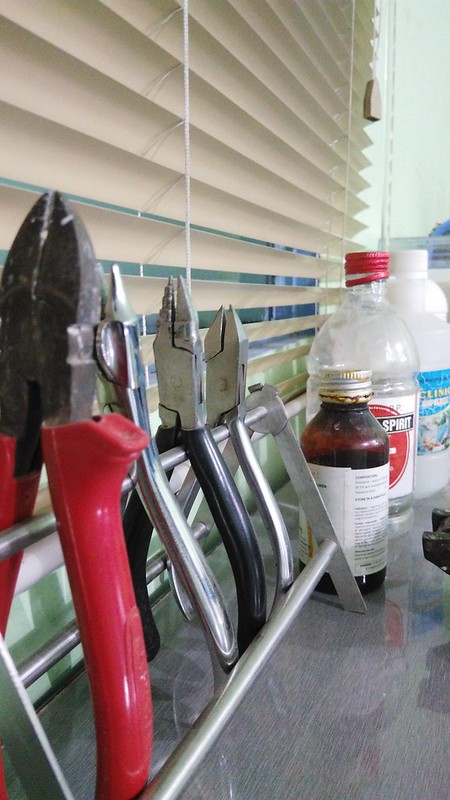 The call quality was good and we didn’t find any problem with it. In our battery test the phone lasted 11 hours and 16 minutes before it had to be charged. This is possible thanks to the large 3000mAh battery, but do bear in mind that there are other phones in the same price range, some with lower capacity batteries, that exhibit better performance.

Huawei Honor 4X is definitely not the best option available in Rs. 10-15 thousand ($155-$230 approx.) price segment, but what it offers overall, is something that can definitely capable of deciding whether it is worth your money. The phone does offer inferior processor and internal storage than Xiaomi Mi4i, but it is consistent performer.

If you are not a game freak, and you don’t really use too many applications on your device — this smartphone is capable of going throughout the day with one single charge and still giving you full access to your favorite applications which you would use to carry out your work. 2GB Ram with 1.2GHz Quad core processor makes the system smooth, and Huawei Emotion UI 3.0 is pretty sleek.

While Mi4i does offer 16GB internal storage, it lacks micro SD card support. Also, you have to decide whether you want to go with bigger display and slightly inferior processor on Honor 4X which provides consistent performance or Smaller display and powerful processor on Mi4i, which tend to heat up like their previous phones. Mi4i does cost slightly more than Honor 4X, which justifies their respective specifications.

Honor 4X is not a perfect smartphone, nor does it justify the price range it is launched in, but it is true for anything you buy with your hard earned money — you’ll always feel you paid more than what they offer.

If you have a tight budget, and you can’t go beyond 10 thousand Mark, Honor 4X is definitely a Go from our side. However, if you are willing to sacrifice external storage option and can tolerate a little heating issue on your smartphone that costs 1.5 thousand extra — you should go for Xiaomi Mi4i.