We were in the middle of the tea break, right before the end of the working hours when we received a courier on our doorstep. It was Asus Zenfone 2 Laser, a budget smartphone that promise to deliver the laser technology at an affordable price.

We were actually very happy when we had a quick glance at the keywords “Asus+Zenfone” on the courier receipt, assuming that this could be Asus Zenfone Delux edition, a limited edition smartphone with 256GB internal storage. However, it was soon enough when we realized that it was a different low budget smartphone released earlier this year.

Asus Zenfone series is just like Samsung’s Galaxy line up; confusing. You have to pay real attention to the model name at the end of the title, otherwise, you will end up having a totally different smartphone. So far, Asus released these smartphones in Zenfone series:

We are reviewing the Asus Zenfone 2 Laser in this article. Let us figure out what it has to offer:

The Asus Zenfone 2 Laser looks a lot like the original Zenfone 2 smartphone released by the company. It has same 5.5-inch display, same ergonomically pleasing curve and overall could be easily mistaken for the original. However, there are still few minor differences that can be sorted out by the keen observer.

In addition to the  surprising premium laser autofocus technology, it offers a removable battery. It also allows access to the dual Sim slots and expandable memory card slot, which adds up to the pros of the device.

The device is right there in the phablet family, if size is considered, but curved back and ergonomic design makes this device lot easier and comfortable to use compared to the other 5.5-inch smartphones.

The most annoying part of the overall build quality of the phone is the power button, which is placed at the top side of the phone. It can be really annoying at times on a phablet with a 5.5-inch display. Thankfully, double tap to wake and sleep is still present on the phone as a part of the Zenmotion, among other gestures. 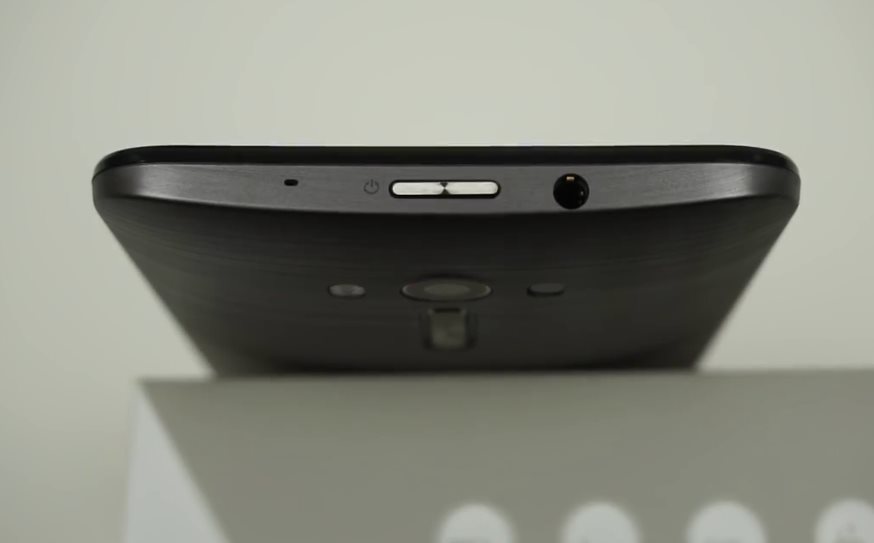 There is a 5 MP front-facing camera on the right and an LED notification at the top, and 3 non-illuminated standard capacitive keys at the bottom.

We felt that bezels on this smartphone are slightly wider compared to the other smartphones in the same price range. However, just like all other areas where you’d compromise, you’ll get used to the bigger bezels on this phone.

The back of the device has brushed metallic touch on it, but the device is actually made up of plastic. There’s no metallic sides or external metallic body parts. The phone looks and feels cheap, although it is a strongly built device.

The Zenfone 2 laser boasts 5-inch 720p (HD) IPS display, which looks and performs about the same as it did on the original. It has excellent viewing angles, great color reproduction and good brightness in the bright environment but not enough to read the small texts clearly as you would expect. The sunlight visibility is poor as it was on the original zenfone and we do wish that the panel was little brighter. However, the splendid display color and temperature settings are very useful and thoughtful of Asus. 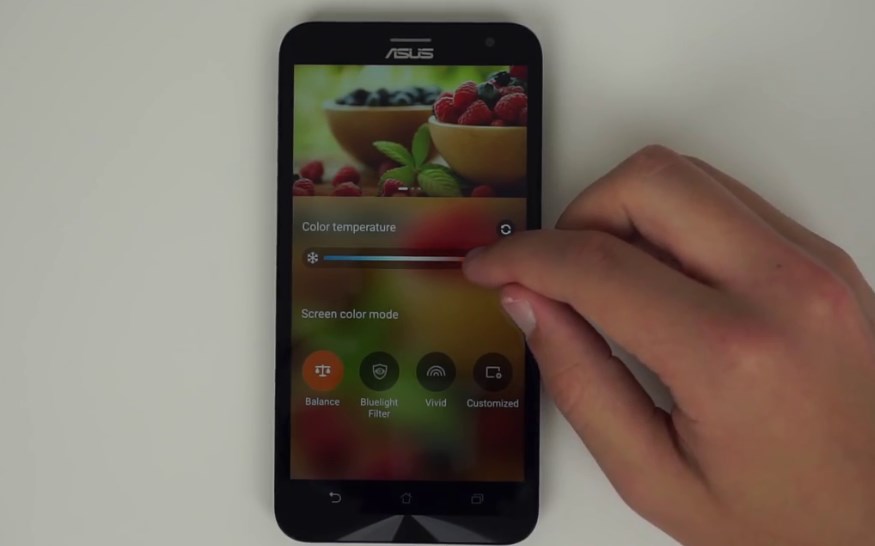 Finally, Asus took the opportunity and upgraded their display’s protective glass from Corning Gorilla Glass 3 to 4, a seemingly small but very welcome change.

The Zenfone 2 Laser’s 13MP rear camera is accompanied by Laser Autofocus technology, which according to Asus is laser-guided autofocus, capable of emphasizing on specific objects within 0.3 seconds. This new technology is the main selling point of this smartphone as the name suggests, and to our surprise, it does work as advertised. In fact, this is the only thing on this phone that actually is worth spending money for.

That being said, camera on this smartphone is not going to impress anyone. The images taken by the phone doesn’t feel like it is rendered by a 13MP lens; the images lack dynamic range and suffer in low light conditions, HDR mode often make things worst, and Asus’s image processing is bit aggressive as it adds lots of digital noise on the picture. The camera is capable of taking decent images, but these issues make things hit and miss.

The front camera actually is the weakest point of this phone. Images taken from 5MP front shooter didn’t just felt right at all; the images felt washed off. The indoor images lost its sharpness, and it had same digital noise over the images when shots are taken.

We really liked the camera UI and tons of cosmetic features it had to offer. If you love taking shots with manual controls, you’ll love the camera app on this phone but however, you’ll be stuck with the poor camera module which beats the actual motive of enhanced camera UI and additional features. 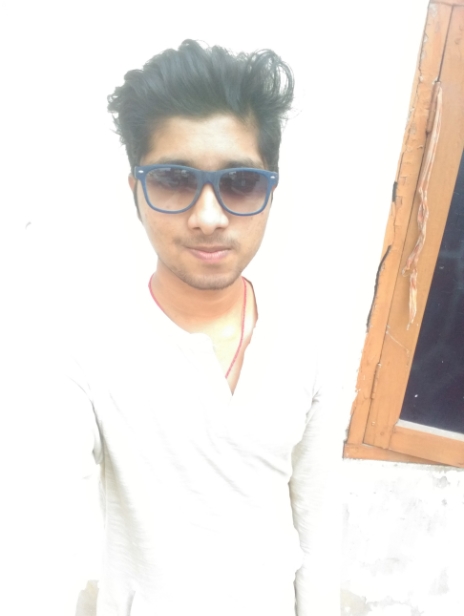 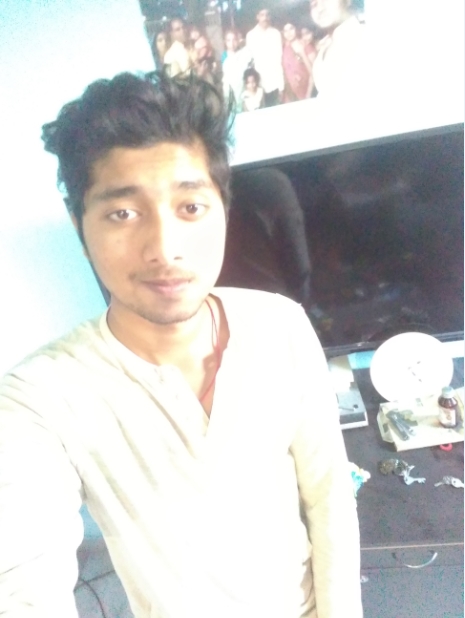 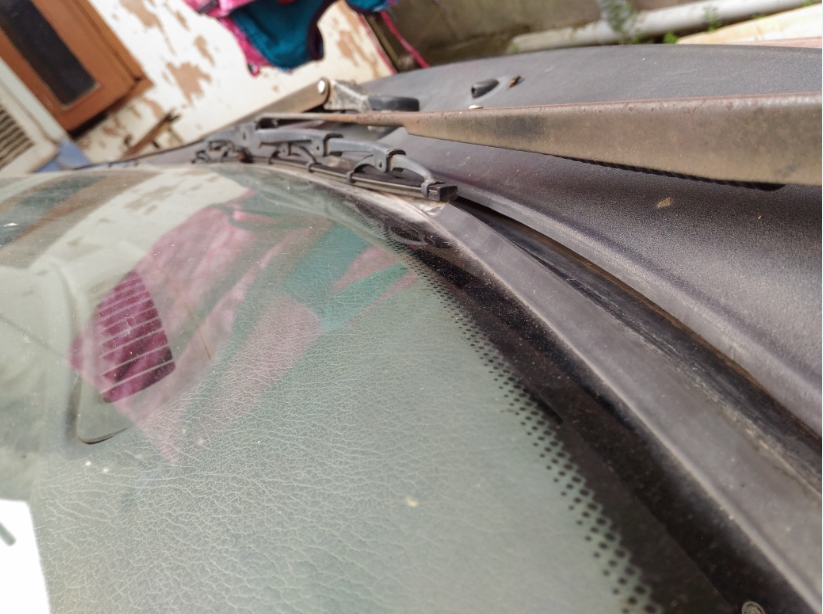 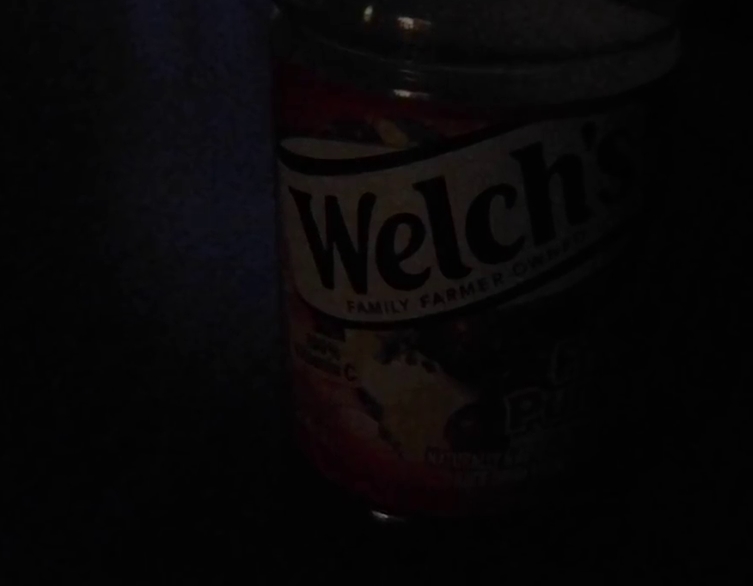 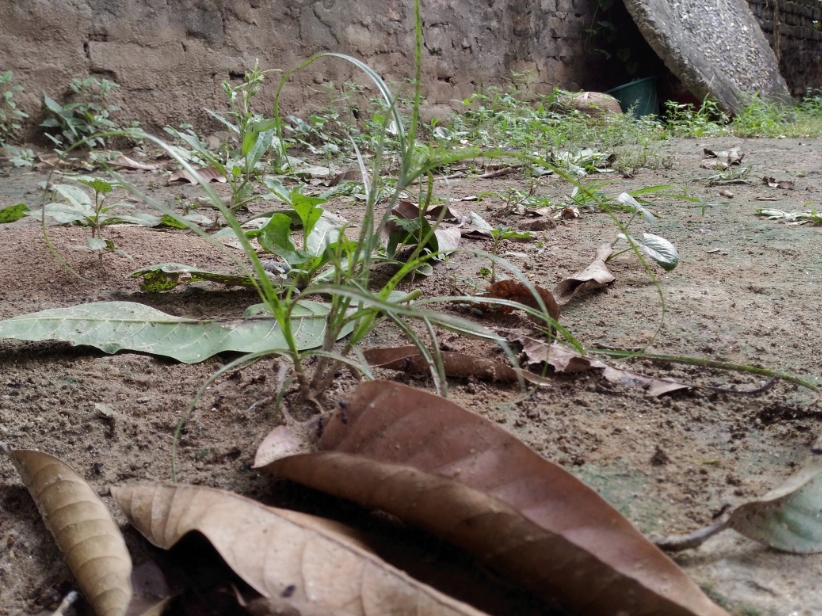 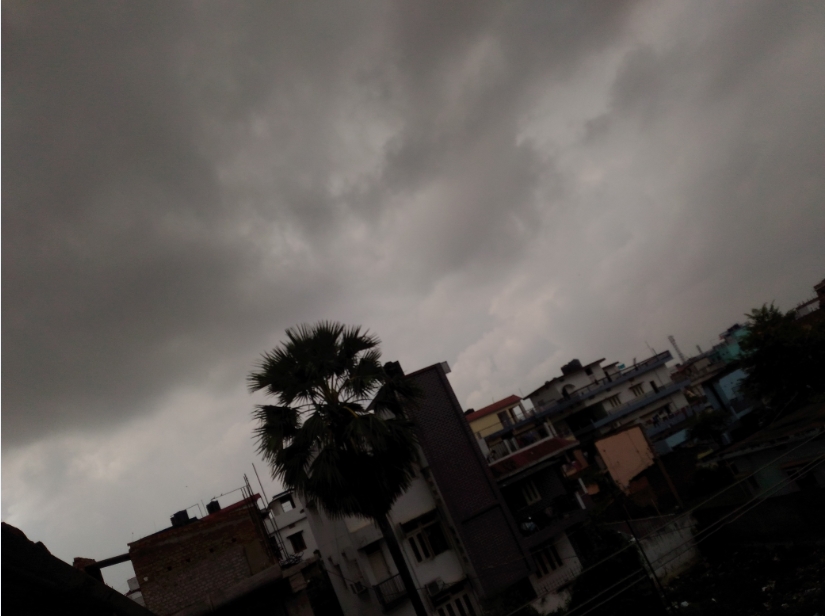 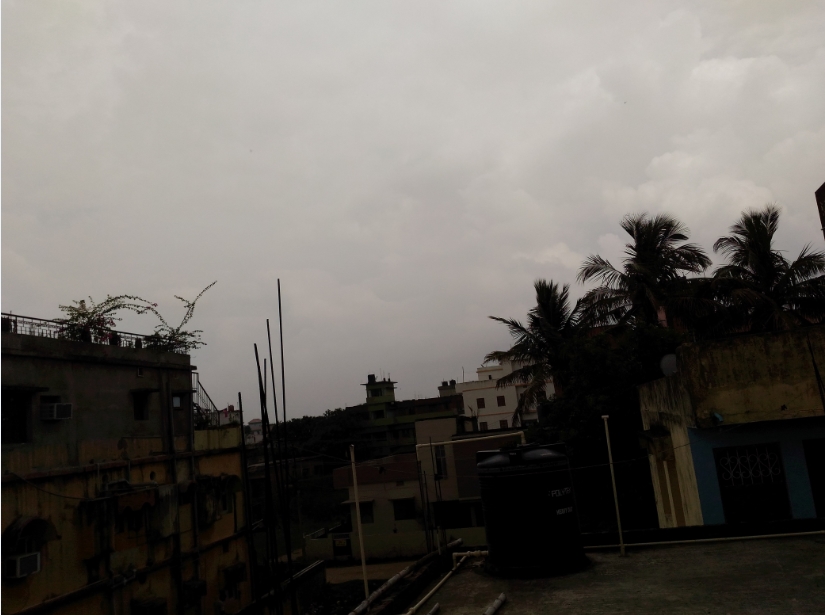 The Asus Zenfone 2 laser has inferior hardware specification compared to that of the original. The Indian version is powered by the Qualcomm Snapdragon 410, which puts the processing power slightly on the lower side. On our day to day usage, we experienced some slight hiccups and lags, given that the phone boasts to be capable of providing seamless performance in the budget segment. 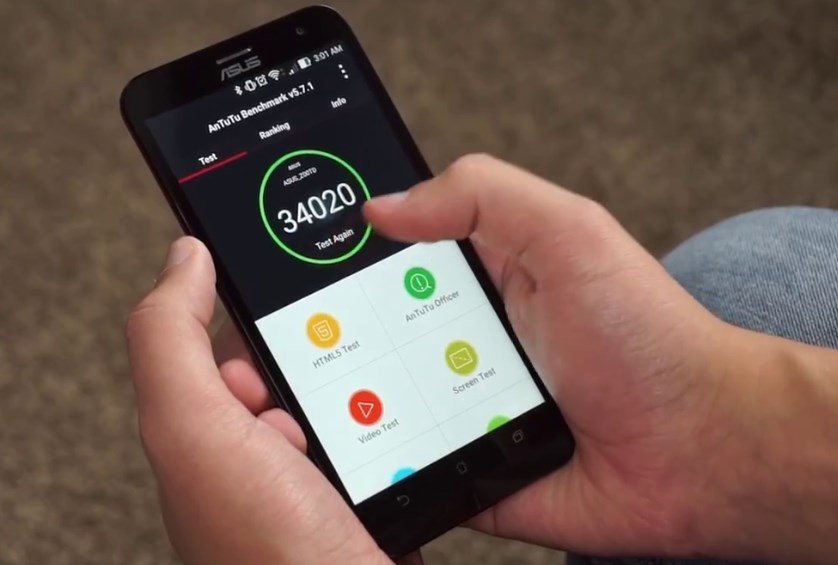 As expected, the benchmark scores are at the lower side on this smartphone and expect some minor hiccups here and there, you will probably find the day to day performance to be similar if compared to the original. The gaming performance on the phone was quite a mixed experience. While we were able to play games like Asphalt 8, Modern Combat 5 and Marvel Future Fight but none of them were as fluid as it was intended to be played; at high settings, you could actually feel the struggle that these games had to go through just to keep up with the high-intensity graphics rendering. 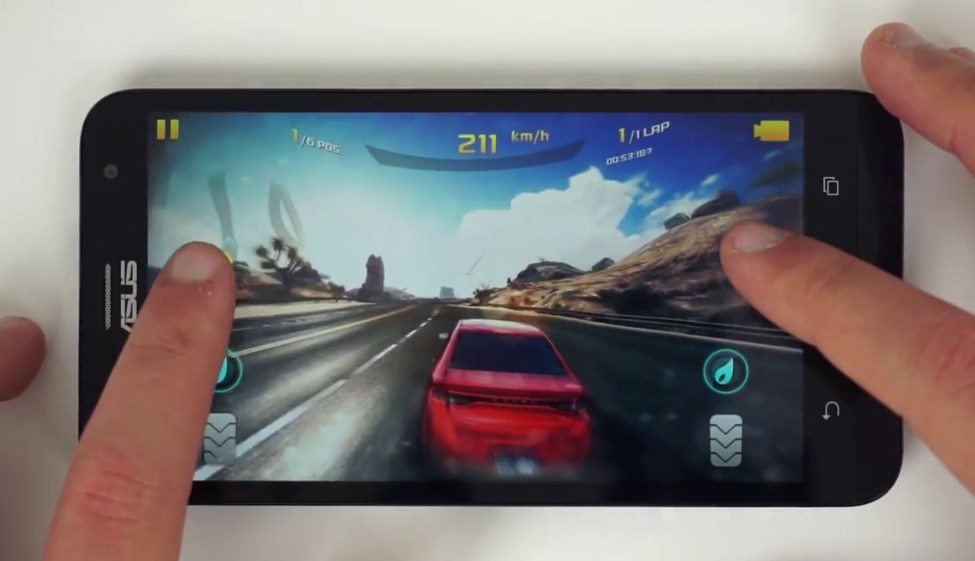 With support for 802.11 n WiFi, GPS and Bluetooth 4.0, the Zenfone 2 Laser offers all of the connectivity that you’d expect; It is, however, missing the NFC, which is not very uncommon in this price segment. The phone comes with full 3G HSPA+ and 4G LTE support on both sim cards.

The Zenfone 2 laser comes in 16GB variant only, a bummer for those who want higher internal storage space as your options are limited. However, there is a microSD slot which can be used to extend the storage up to 128GB.

Asus seems to have used the same rear speakers that were found on the original, which means it suffers at the sound quality coupled with poor loudness. The rear speakers, like on any other phone that features the speakers on the back, will get muffled when put on a flat surface. 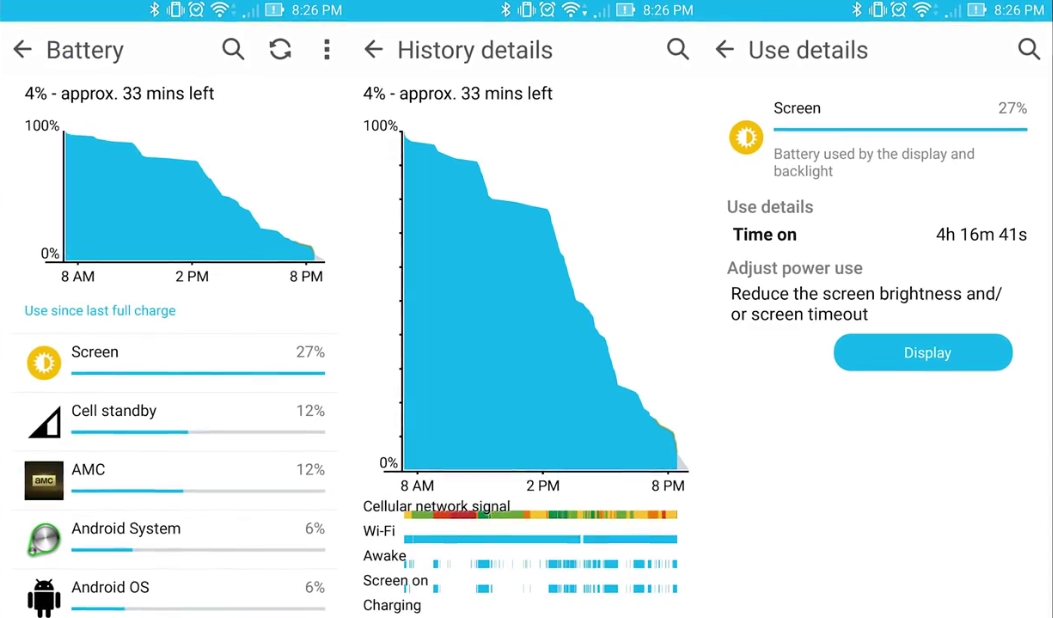 The battery on this phone was quite an average performer considering that this phone is packed with 3,000mAh battery. We were able to get an about 3.5hr average screen-on time with 15hr of usage. The good thing is that you can swap up the battery if needed.

The phone is powered by Android 5.0 Lollipop with Asus’s ZenUI skin on top. The software experience remains similar to the original Zenfone, and there isn’t much to discriminate it from it. However, it is not necessarily a bad thing as the ZenUI is very user-friendly and quite decent for day to day usage. Asus did a good job by adding value with nice software experience. 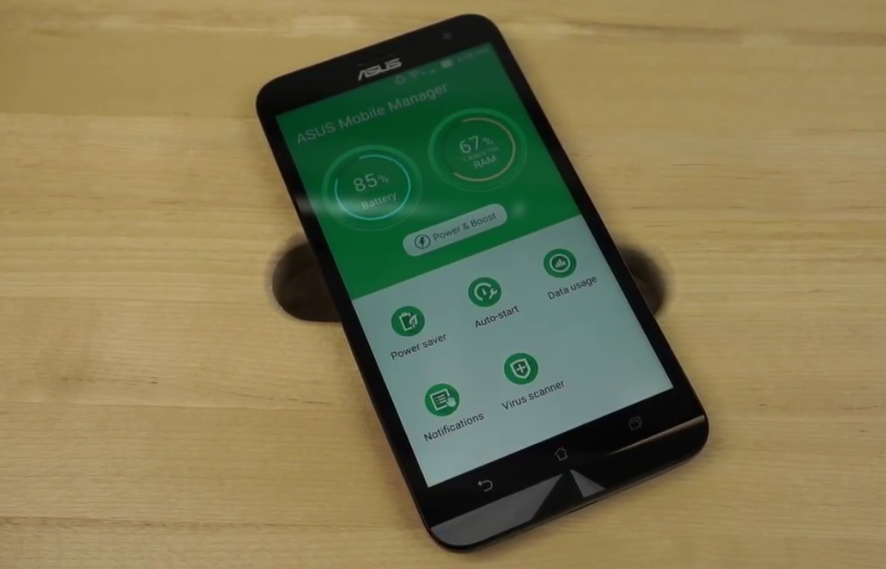 Virtually everything has been well thought out and Asus has done a good job filling up the gaps in Android Lollipop while it still lacks the stock-ish android feel; the ZenUI follows it’s own style guidelines. That being said, it could’ve been way better to use stock android OS on this phone, as we did notice some lags while using the phone. However, the phone does offer a good room for customizations; the custom gesture controls and customizable quick access apps on the lock screen are some of the most useful.

Asus has reduced the bloatware on this phone to a significant amount, but there still are a couple of applications which comes pre-loaded on the phone. It might piss off some users, as these apps are non-removable (well, at least if you don’t know how to root your smartphone).

The Zenfone 2 laser display could be brighter, battery life could be on the top side of the chart and speaker could’ve been louder, but the phone excels on the software experience and AutoFocus technology that allows you to take quick shots on the phone. There are a bunch of unrecognized competitive companies that can provide these features with better hardware specifications at lower price range. Meizu M2 Note and Coolpad Note 3 has far better hardware features to offer in the similar price range; Huawei Honor 4X actually beats Asus Zenfone 2 laser in terms of camera and battery performance. The only reason you wouldn’t want to go with these ‘not too popular’ companies is their OS update support while Asus does have the reputation of providing software updates for years.

At the end, the choice is all yours — you can go with the recognized brand for extended support but no noticeable value-added specifications or features, or opt to ‘value for money’ with newer companies.