Technology has made this world a better place certainly by making our life effortless every day. As in particular, the invention of smartphones, IOS & Android & Windows system tablets have undoubtedly fluid the communication system. Moreover, voice calls, tweeting or texting is much viral among the people nowadays.

on the other hand, writing documents, notes and typing long email messages in the smartphones were not possible until the innovation of Bluetooth keyboards. Besides that to make our work more convenient the 1byone company has launched a tri-folding wireless Bluetooth keyboard which can be easily carried anywhere and also can be fitted into your pocket. Owing to the reason we can obviously state that pocket-sized folding keyboard is much handier than a physical keyboard or other big sized Bluetooth keyboards.

The packing includes a Bluetooth, user manual and a USB charging cable. 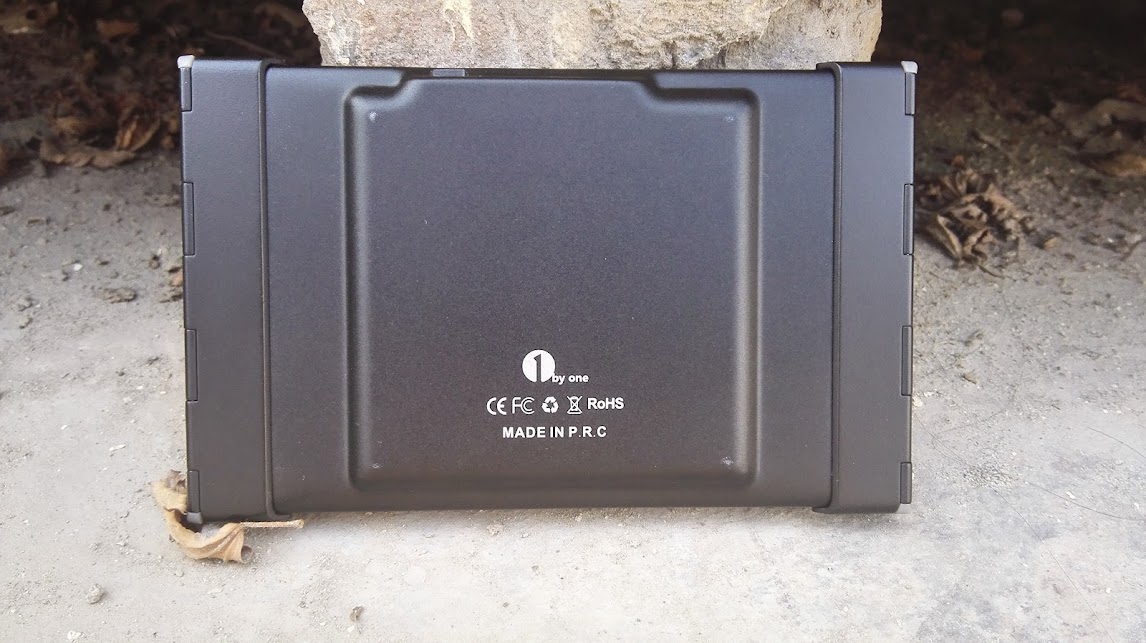 The portable ultra-slim Bluetooth keyboard is well made by plastic on the front side and aluminium alloy on the backboard. The rubberized feet on the bottom works as a stand to the keyboard which also do not let the aluminium back get scratched somehow. The metal hinge allows the keys in the folds to retain the standard keyboard’s layout brilliantly. The design of the keyboard is impressive but not unique as the same style can be spotted with different brand logo. I think there is a bigger anonymous manufacturer who provides the device to multiple resellers.

There is a visible protruding segment present in the middle column on keyboard’s back, which is highly noticeable when it is closed, supposedly housing the main circuit board and battery. Also, there is 1byone logo, manufacturer information and additional standard symbols located at the bottom of the middle column. The charging port is located at the top edge of the same extended segment. 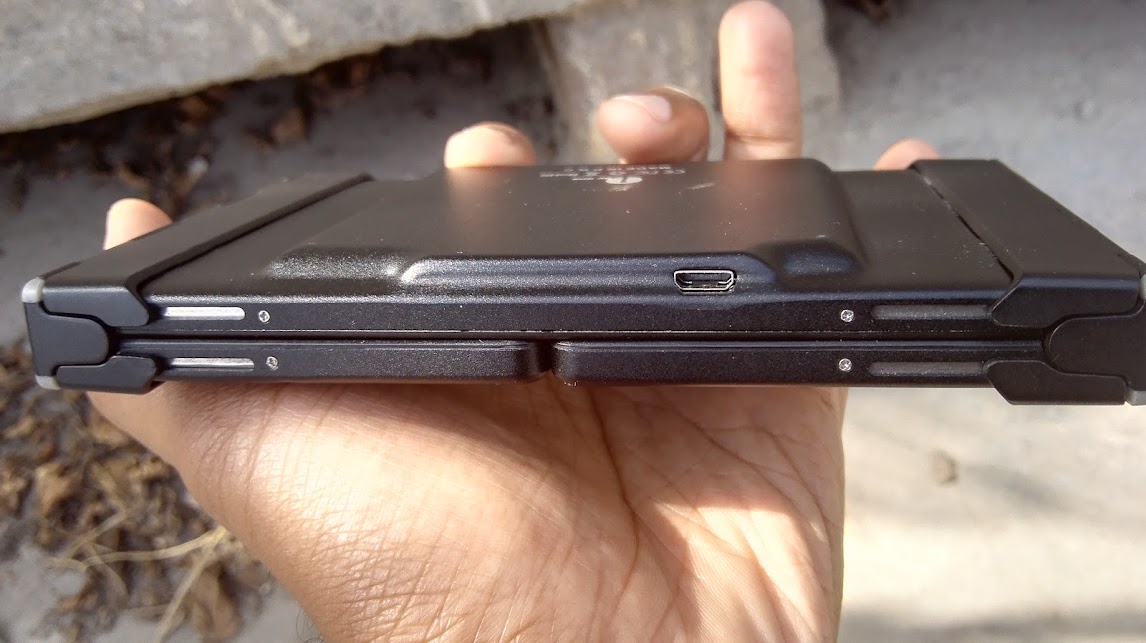 There is no dedicated power button on the keyboard to turn it on or off, the another welcome feature as you don’t have to keep reminding yourself to turn it off. Additionally, there is an automated power off feature, which is a little inconvenient. I will talk about it later.

The keyboard pretty much has the standard layout, other than the number keys are shifted to one whole row or column? and the num pad is missing.

For this review, I tested the keyboard by using it to type emails and long documents on my Laptop as well as smartphone and iPad. During my testing period, I didn’t notice any typing lag. Except one time when it was bit slower to register my input when my old Android phone was experiencing the lag system wide.

Sometimes if you press Ctrl+A the keyboard lifts up on that side, making it a little unstable at times. 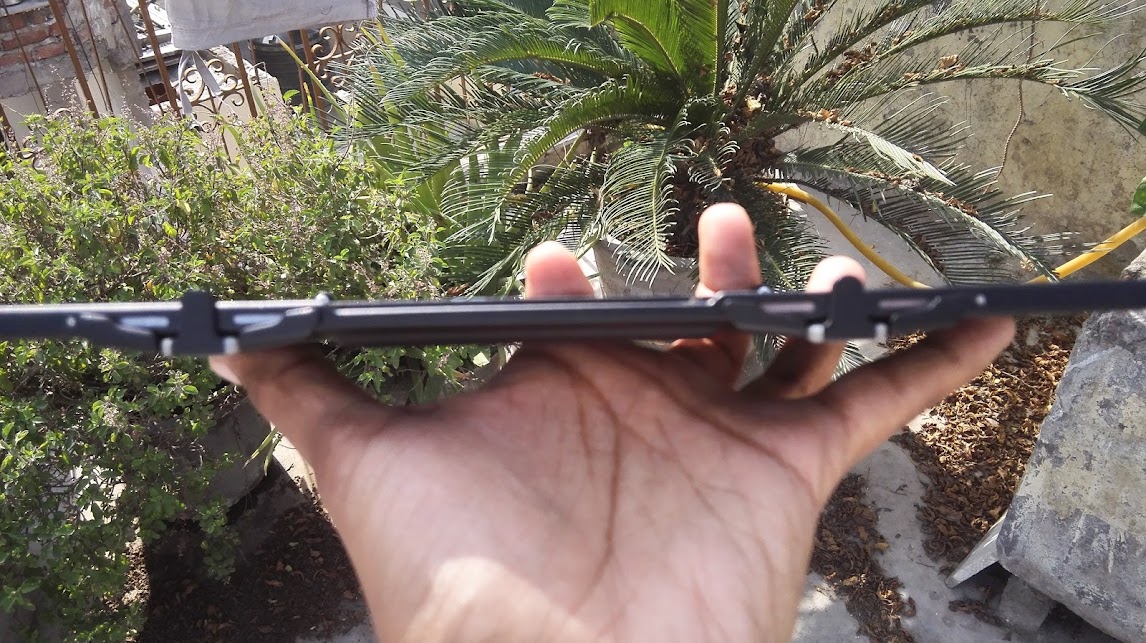 Also, It might be a problem for those who has a habit of using right shift button as it has been shrunk a tad bit to fit it right on top of ‘right arrow’ button. While typing documents and performing certain tasks which involved the ‘Shift’ key, resulted in accidental pressing ‘Up arrow’ button. The Up & Down arrow buttons could inherit the ‘Split’ key design from that we see on Apple Laptops, which would have allowed the standard ‘Shift’ button. Pretty much like this one:

Some keys especially which lie on the line of the folding area doesn’t work properly as I had to press it multiple times to make it register my input. 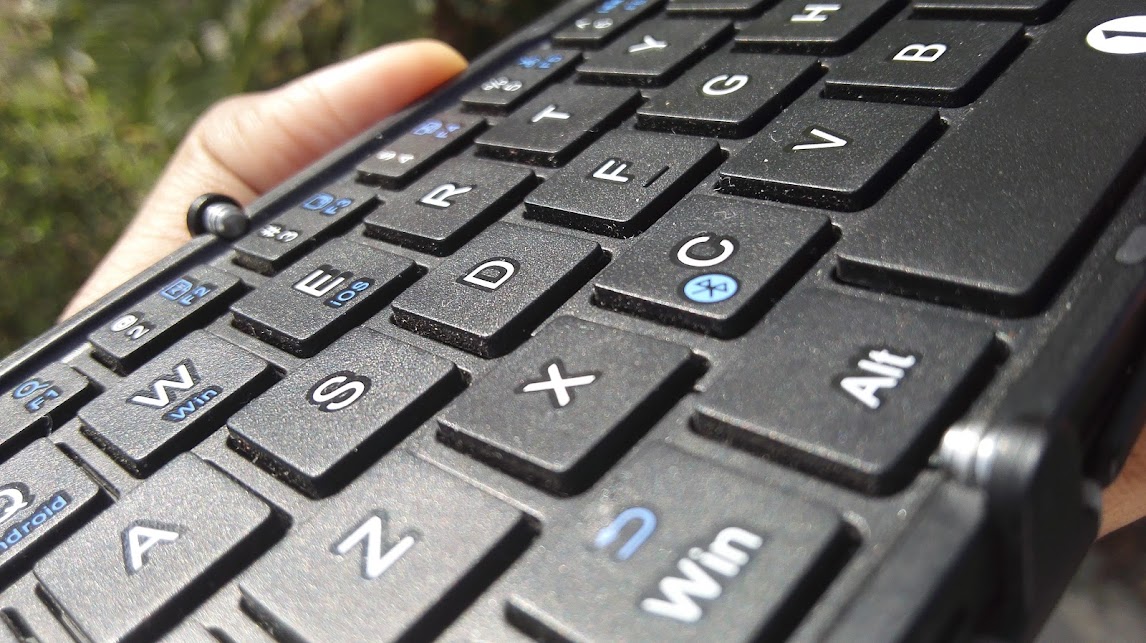 In spite of drawbacks, the keyboard can be contributing for touch-typist and beat the burden out of swiping or thumbing. The keyboard doesn’t remain flat on the table or desk while working due to the metal hinges but it doesn’t pose much trouble to the user. Built-in 210mAh lithium battery, works for up to 114 days in standby mode without charging, with 64 hours continuous use. In addition, the sleep mode of the keyboard is automatically enabled to save power if the keyboard is unattended for 15 minutes. The keyboard can be brought back from sleep by simply pressing any key, but unfortunately, it takes a little while to function normally. It is a nice feature, but it may be a bit hassle for some users as most people lack patience because we expect the keyboard to be always ready for our input. 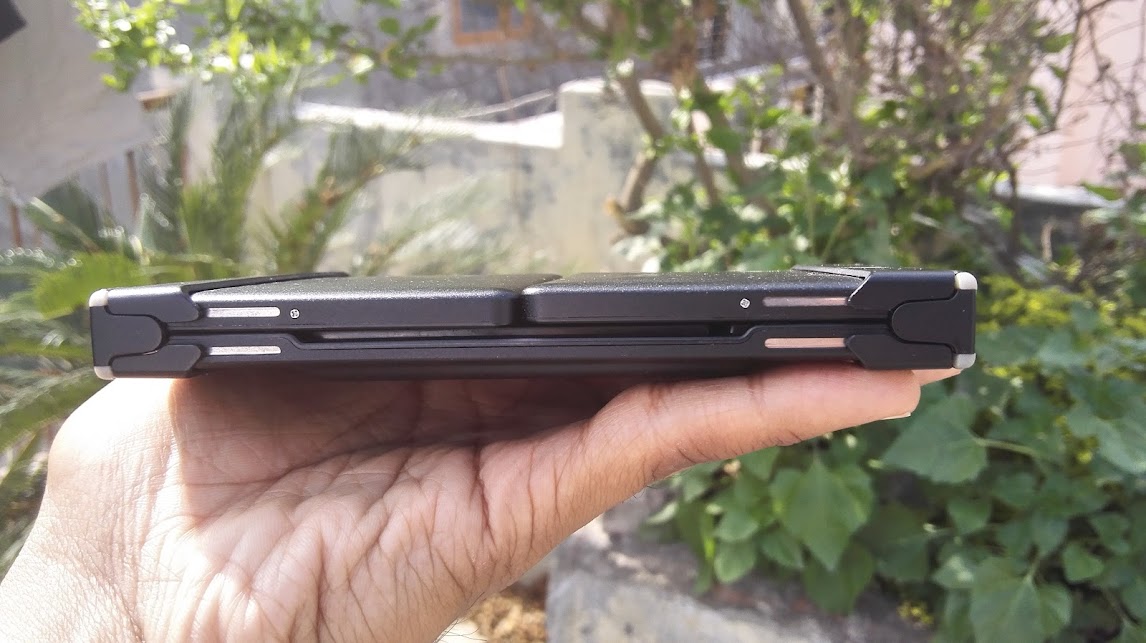 1byone could be a great travel companion, letting you work away from your desktop as it allows you to work wirelessly on the wide range of Bluetooth devices. The 1byOne Trifolding Bluetooth Wireless Keyboard is Available on Amazon India at ?5,278 (and $35.99 in the US), which put it right on top of the medium segment. As mentioned earlier, while researching for this article, I found that various companies are selling the same keyboard but with different branding (logo) and even cheap price. It is highly likely that they are all importing this gadget from China or another country for rebranding with the personalized company logo. (Example 1) (Example 2)

When gimmicks and flaws are combined with the high price range, it is difficult to recommend this gadget to our readers.